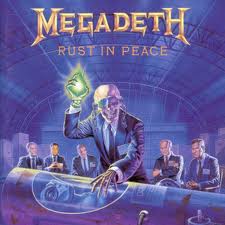 I believe the earth gets warmer and I also believe the earth gets cooler, and I think history points out that it does that and that the idea that man, through the production of CO2 — which is a trace gas in the atmosphere, and the manmade part of that trace gas is itself a trace gas — is somehow responsible for climate change is, I think, just patently absurd. [..]
To me this is an opportunity for the left to create — it’s really a beautifully concocted scheme because they know that the earth is gonna cool and warm. It’s been on a warming trend so they said, ‘Oh, let’s take advantage of that and say that we need the government to come in and regulate your life some more because it’s getting warmer.’ [..]
It’s just an excuse for more government control of your life and I’ve never been for any scheme or even accepted the junk science behind the whole narrative.

You know, I think Santorum has some presidential qualities, and I’m hoping that if it does come down to it, we’ll see a Republican in the White House… and that it’s Rick Santorum.

[Santorum] just looks like he could be a really cool president, kinda like a JFK type of guy.

[ Note that, as usual, I’ve added direct links to refutations of the scientifically wrong statements, thanks to Skeptical Science, where links to the scientific literature can be found as well. In their words: Climate reacts to whatever forces it to change at the time; humans are now the dominant forcing. The strong CO2 effect has been observed by many different measurements. The natural cycle adds and removes CO2 to keep a balance; humans add extra CO2 without removing any. ]

This entry was posted on Friday, March 30th, 2012 at 8:44 am and is filed under Climate, Politics, Thoughts & Opinions. You can follow any responses to this entry through the RSS 2.0 feed. You can leave a response, or trackback from your own site.